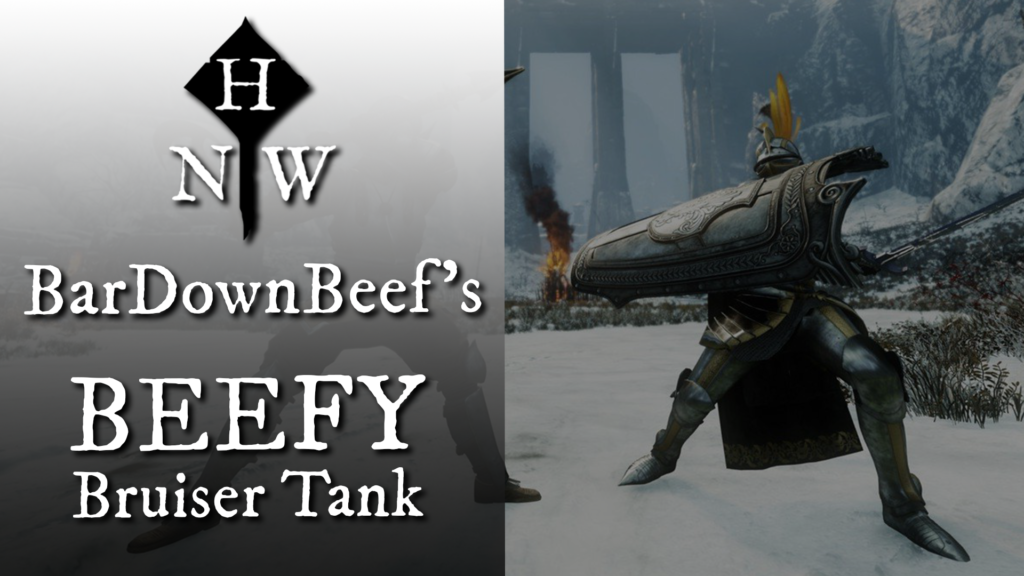 The Beef Brusier Tank is the PVP/PVE All around utlity balance build! While using the Sword/Shield and Great Axe you can be an Unkillable tank and do damage when it comes to open world pvp, also help kill bosses in Expeditions. I hope you enjoy never dieing in Aeternum 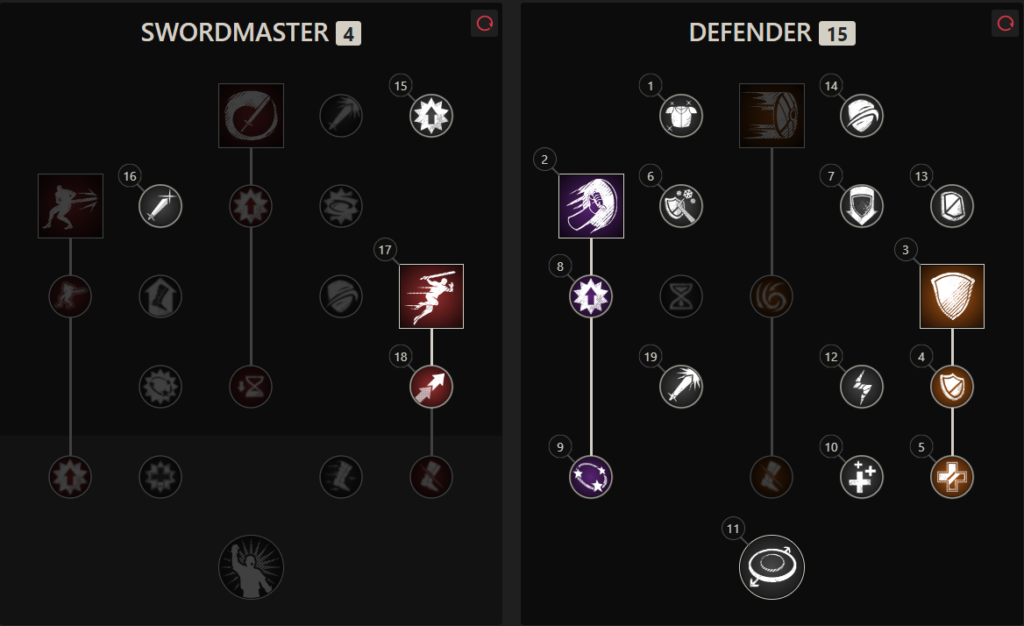 Shield Bash is one of the best Crowd control abilities in New World and it has the taunt gem Compatible passive. Also with it’s two passives adding to it’s ability (listed below). Having both passives makes shield bash have 100% weapon damage and adds a 3 second stun. Hitting an Boss or a player this will give time your allies to catch up/do damage/Switch weapons/ or get away from a zerg.

Taunt gem Compatible: If you have a Carnelian Gem equip in your sword, This ability cause a 6s taunt to all enemies hit.
(Taunt causes monsters to focus only on you)

Defiant Stance is the Holy $@#% button. When you’re low on health because your healer did hit you with beacon or you’re waiting for your friends to show up while you have 2 guys chasing you. This ability with the two passives (listed below) will make you (while above 50% when you pop the ability) gain 50% reduce damage from attackers AND gain 15% of your max health back. Yeah, you won’t die if you block and play this right! Did I say you this buff is a taunt gem compatible. Have fun not dying in expeditions.

Final Count Down (4)
If your health is above 50% damage reduction increased by 20%.

Restoration (5)
Gain 15% of your max health when Defiant Stance ends.

Leaping Strike is all about closing gap to a player or jump at your healer when they are taking aggro. It’s as simple as that.
In this build I only took the first passive because it’s too good not to pass up (Listed Below).

Reap is all about catching your foes running away. There are lots of passives under the reaper tree (under build)
and Reap has 2 passives (listed below). The reason why I didn’t take Fatal Attraction is because if you are pvping a player with
light gear they can easily dodge away from it. Also this being a tank build Reap has a taunt gem compatible.
The two passives on the reap extends Reap to 8m and the other heals you by 30%. Just an all around great ability.

Using Reap With Charge makes it on of the best damage combos in New World. You chase the enemy then once you hit them you pop Reap, BOOM 110% + 120% weapon damage in a couple of seconds. I didn’t take any of the of passives because we are going for the critical strike passives on the tree.

Throw an axe to create a vortex that pulls foes to its center for 3s. Ends with a damaging burst dealing 125% weapon damage. Range 10m. Cooldown 30 seconds.

Gravity Well (6) is one of the BEST CC trap abilities. With the 2 passives (listed below), Gravity Well will help you and your allies while keeping your enemy stuck in place. You want to throw Gravity Well into as MANY enemies as possible because Crowded Well (7) adds 10% damage per enemy with no cap, also having Unyielding (8) and standing in the Gravity Well will give your allies and YOURSELF 10% Fortify (Reduces Defense).

The Sword and Board has a very simple playstyle, block as much as you can because of Defensive Formation (11). This ability triggers when you block which makes a 30% decrease in damage for all allies within 2m(perfect for Boss fights) Don’t forget to use Defiant Stance (3)/Shield Bash (2) as much as you can! The Great Axe being (In my opinion) the BEST melee damage weapon in the game, all of the passives in the reaper skill tree compliment it. Keen Edge (11), Critical Condition (12), and Critical Gains (17) all work together boosting critical hit damage while Greed (13), Death’s Embrace (14), Feed (5), and Blood Lust (16) help you execute your enemy. This build can take a hit from whomever and give a hit, also you can catch up to any PvP player in Aeternum using Reap (1), Charge (2), and Leaping Strike (17).

The greataxe fully scales with the Strength attribute at 1.0X. This means that for every point that a player puts into Strength, the greataxe will gain 1 full weapon damage.

AND THAT’S IT. HAVE FUN BEING A BEEFCAKE in Aeternum.

Post Views: 10,755
We use cookies on our website to give you the most relevant experience by remembering your preferences and repeat visits. By clicking “Accept All”, you consent to the use of ALL the cookies. However, you may visit "Cookie Settings" to provide a controlled consent.
Cookie SettingsAccept All
Manage consent