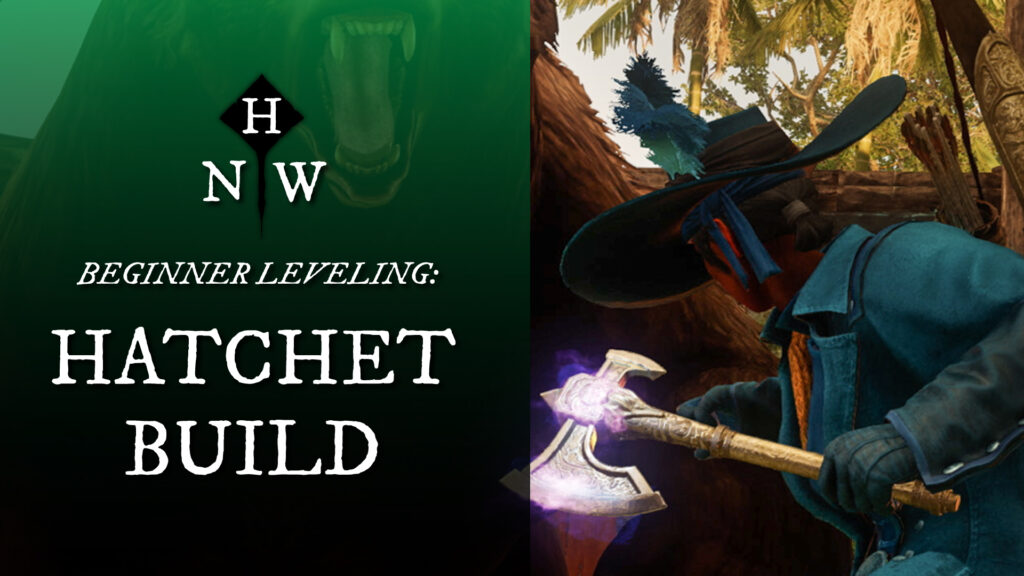 The hatchet is a powerful leveling weapon due to its fast melee attack speed, Berserk and its abundance of stacking passives, as well as its hard hitting abilities Feral Rush and Raging Torrent. Players who choose the hatchet will find that Berserk’s 20% flat damage bonus as well as Berserking Refresh and On The Hunt passives help to keep them on their feet and questing quickly. 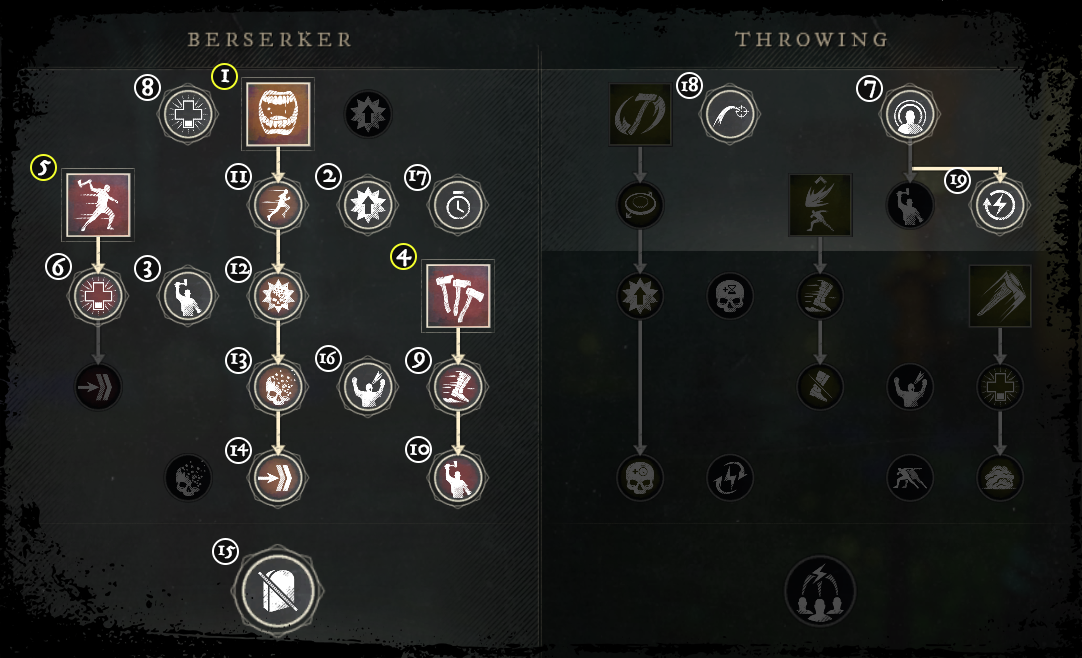 Berserk is always the bread and butter of any hatchet build a hatchet player finds and for good reason. Berserk gives a leveling player tremendous amounts of buffs that will enhance their leveling experience significantly in both raw power and utility. With both On The Hunt and Berserking Refresh, hatchet players will be leveling quickly and will rarely find themselves waiting for health to regenerate.

The hatchet player will want to keep Berserk up at all times that it is available. With a 15 second cooldown and a 15 second active time, Berserk should have a 50% up-time.

Passive Dispatch is great for adding that bit of extra damage a hatchet player may need to take down a tough monster or a pack of monsters. The passive Crippling Strikes is not taken in this hatchet build due to the level value that it provides vs AI driven foes.

Melee weapons that provide healing to the user will almost always be some of the best weapons for leveling in MMOs because the user does not have to worry about running out of mana or ammunition and the healing provided by the weapon keeps the player topped-off and questing without waiting for health to regenerate as often. The hatchet provides this type of healing to the player in the form of Berserking Refresh. While leveling, hatchet players should aim to use Berserk on cooldown with a theoretical up-time of 50% (active for 15 seconds, on cooldown for 15 seconds). Due to the breadth of passives under Berserk, having the ability up, regardless of what a player is doing is important. On The Hunt will allow hatchet players to run between quests and monsters much faster, Berserking Refresh will continually regenerate health, keeping a player on their feet, and Uninterruptible Berserk will allow hatchet players to bypass many staggering abilities that monsters dish out, decreasing the amount of time it takes to eliminate enemies, and increasing leveling speed tremendously.

In this sequence of attacks, both Raging Torrent and Feral Rush will be used to animation cancel the recovery animations of the heavy attacks that precede them. With this sequence of abilities, leveling players should have no problem defeating normal and elite enemies that they come across. 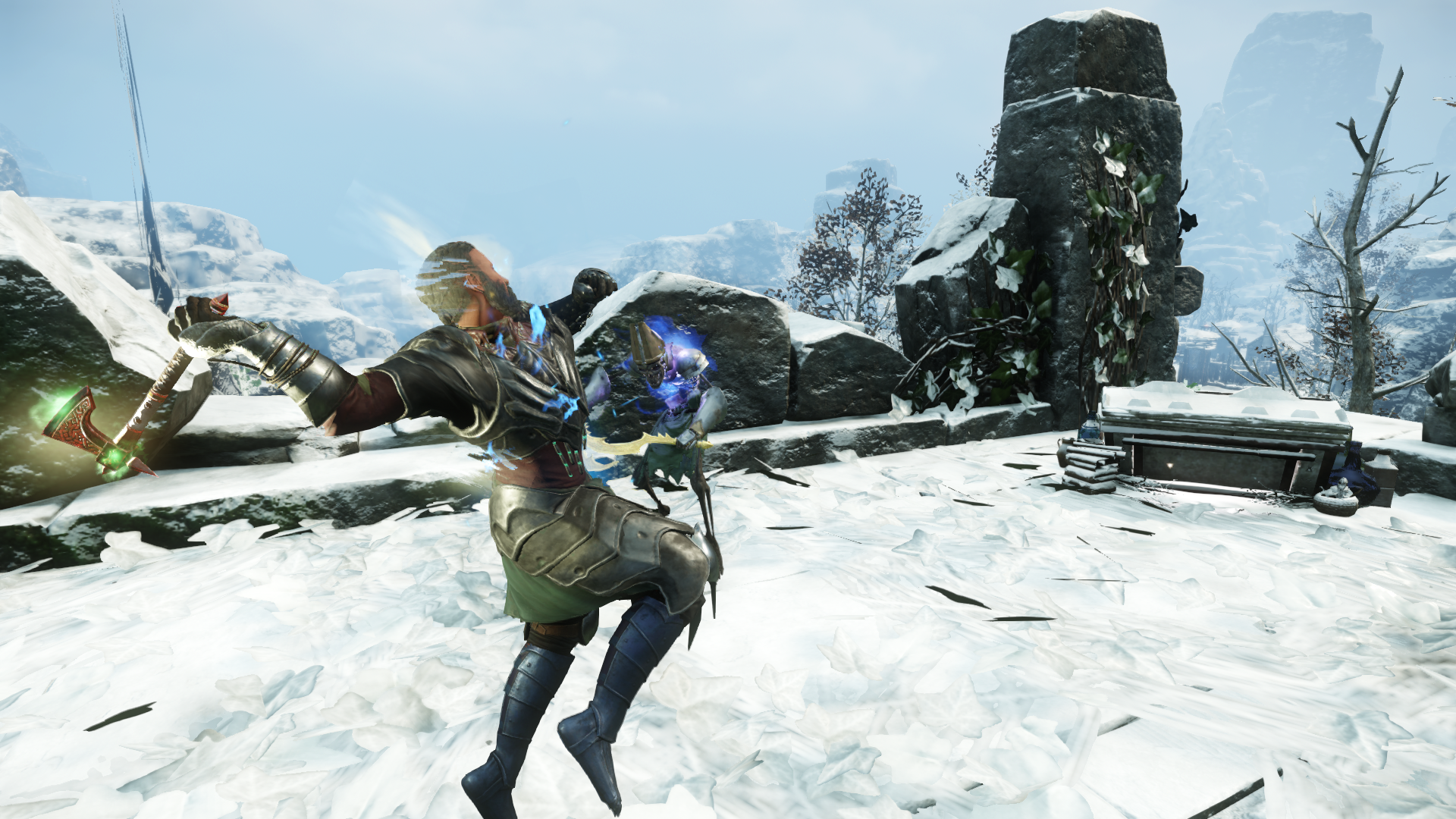 Both Strength and Constitution are vital to a hatchet player’s success while leveling. The most significant Attribute Threshold Bonuses are listed below:

Getting to both 50 Strength and 50 Constitution as quickly as possible is important for getting off to a good start with almost any Strength-based melee weapon. 50 Constitution is valuable early on because it reduces the amount of consumables that a player will need to use by a significant amount. Light and heavy attacks serve to provide a majority of the damage that this build dishes out, so 50 Strength will give players a small boost in leveling speed and performance.

Gain X stamina for each successful hit with Feral Rush.

Increase Crit Chance by X% while under 50% health HP while berserking.

Every hit of Raging Torrent reduces all Hatchet cooldowns by X%.

Refreshing Torrent is a fantastic weapon ability perk that allows a player to reduce the time between weapon abilities by a significant margin. Raging Torrent has a total of 5 attacks after a passive Final Blow is taken, summing-up to a large amount of cooldown reduction for both Berserk and Feral Rush. Keen Berserk and Energizing Feral Rush are not considered in this build due to their low value for leveling. While Keen Berserk seems like a great passive at first glance, the general perk Keen makes Keen Berserk much less attractive with no active requirements and similar critical chance improvements.

Post Views: 27,470
We use cookies on our website to give you the most relevant experience by remembering your preferences and repeat visits. By clicking “Accept All”, you consent to the use of ALL the cookies. However, you may visit "Cookie Settings" to provide a controlled consent.
Cookie SettingsAccept All
Manage consent