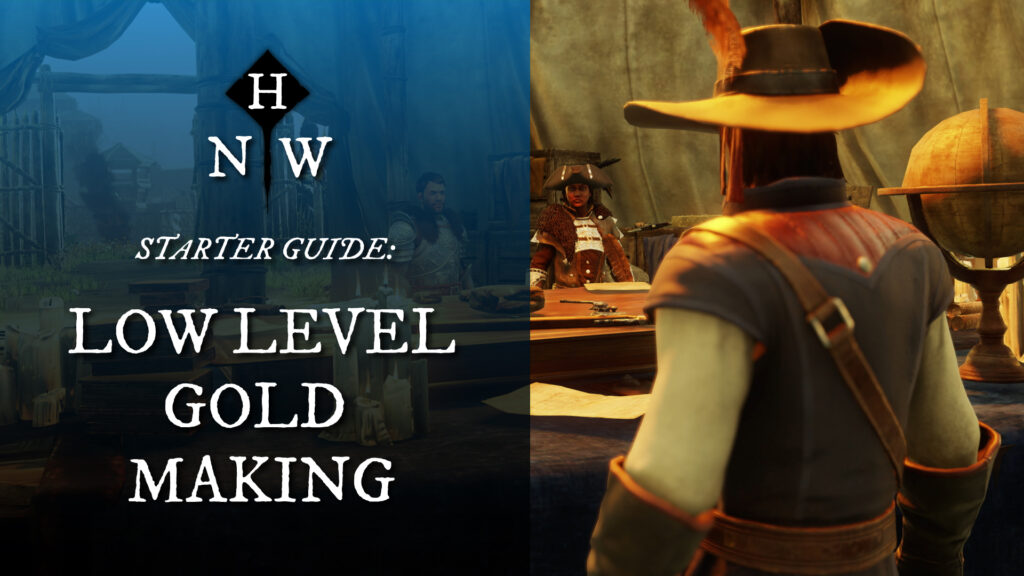 There are many ways to earn gold in New World and this guide will walk the player through a few of the ways to make a lot of it early on in their leveling experience. Earning gold and maintaining a steady flow of it will allow the player the ability to maximize various quality of life aspects as well the ability to consistently upgrade gear, weapons, and other beneficial items. Keep in mind that the profit earned by the strategies presented in this guide will vary depending on the economy of the player’s specific server; however, these strategies will provide profit regardless. It is very important to keep track of what is going on in the economy because if a player can react fast to a high-demand product, a lot of gold can be earned quickly. The economy will be unstable at launch and these opportunities may only present themselves for a few days at a time.

Completing the main story line and side quests early on in the players leveling experience all reward a finite amount of gold. Although completing quests isn’t the most time efficient way to earn gold, it has other benefits like character experience and loot. If the players main goal is to earn gold, it is recommended that focus is given to the following strategies in this guide as the time vs. gold ratio will be much higher. 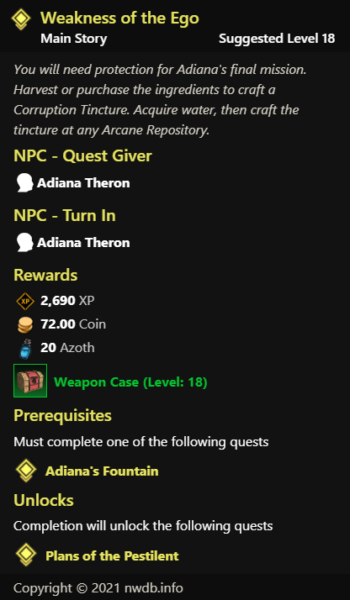 As the player begins to quest, level, and explore Aeternum, they will begin to obtain randomly statted weapons and armor. Since there is no class system in New World, every player can equip and level any weapon in the game. Because of this, players will very quickly begin wanting weapons and armor with main stat priority. For example, a player that decides they want to begin using the Fire Staff as their main weapon will want a Fire Staff and armor with a lot of Intelligence or a specific Fire Staff weapon ability perk, like Empowering Fireball. Selling main stat and weapon ability perk prioritized weapons and armor on the Trading Post will almost always earn a player a hefty sum of gold. Since these weapons and armor will be found and picked up throughout the player’s journey in Aeternum, there is basically zero cost of said item because they can only be sold, traded, equipped, or salvaged for repair parts and a very small amount of gold (usually less than 1 gold). 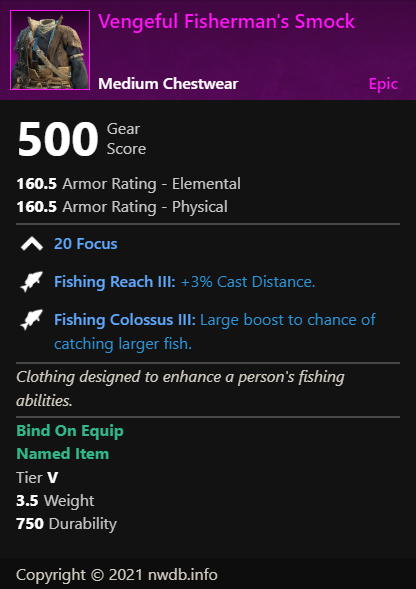 Most of the time, the raw materials that are required to craft items are worth more than the actual item that can be crafted. The reason for this is because players don’t just receive the raw materials, they also receive the experience earned when crafting an item. Raw materials like Iron Ore, Fiber, or Rawhide will be very popular in the early game because players will want to quickly craft weapons and armor that best suit their playstyle. It is also important to keep track of which trading post these raw materials should be sold at. For example, Everfall does not provide as much Hemp as Windsward or First Light does – because of this, it would be recommended that a player sells their Fiber at the Trading Post in Everfall Hamlet rather than the Trading Post in First Light Hamlet.

There are two specific resources that every player should be aware of: Petalcap and Rivercress Stem. There is a main story quest, Weakness of the Ego, that calls for both of these raw materials. Because Petalcap can only be gathered in Windsward, a lot of players won’t know where to gather Petalcap and would rather just buy it on the Trading Post. This opportunity should quickly be taken advantage by gathering a lot of Petalcap and Rivercress Stem and listing it on the Trading Post (preferably Everfall).

There are 5 total Tier 3 Refining Materials in New World: Coarse Sandpaper, Crossweave, Sand Flux, Tannin, and Weak Solvent. These 5 Refining Materials are used to refine lower level materials to higher level materials. Keep in mind that there are Tier 4 and Tier 5 types of each material listed above (i.e., Pure Solvent is the Tier 5 version of Weak Solvent). Depending on the server, these Refining Materials can be sold for a decent amount on the Trading Post. Usually, though, there is one Refining Material that stands out as the highest selling material: Sand Flux. Sand Flux is used in the Smelting Profession to smelt higher tier ingots (i.e., Steel Ingot). The reason Sand Flux will most likely sell for the most is because a lot of players want to progress Weaponsmithing and Armoring, which requires a lot of Steel Ingots. 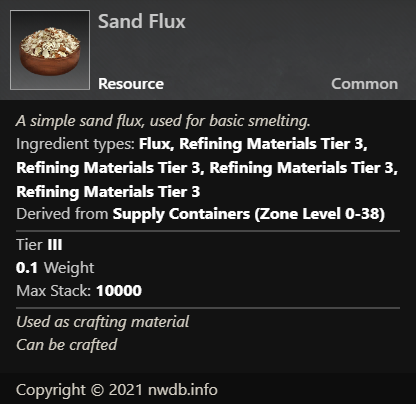 Most players early on won’t want to spend the time to level Engineering and would rather just purchase higher level tools on the Trading Post – take advantage of this, especially when steel and starmetal tools are craftable.

Satchels in New World are a highly sought after item as they increase a player’s encumbrance, allowing them to carry more things like harvesting materials and armor. Although every player will receive a satchel early on in their leveling experience, it only increases the player’s encumbrance by 50. Satchels are crafted through Armoring and grant a lot of crafting experience. They require a large amount of resources that take some time to gather but the one unique material is the Rune of Holding, purchasable from the faction vendors. The first Rune of Holding, Minor Rune of Holding, costs 1,000 faction tokens and 250 gold. For example, the Coarse Leather Adventurer’s Satchel requires 45 Coarse Leather, 25 Linen, 10 Iron Ingots, and 1 Minor Rune of Holding. Most new players won’t know where to buy said Rune of Holding and will turn to the Trading Post to buy satchels. Crafting these and putting them on the market quickly will earn the player a large sum of profit.

Like harvesting tools, satchels can also contain very helpful perks like Azoth Attuned and Extra Pockets. If a player happens to craft a satchel with either or both of these perks, it is guaranteed to sell with a high price point on the Trading Post.

Post Views: 7,810
We use cookies on our website to give you the most relevant experience by remembering your preferences and repeat visits. By clicking “Accept All”, you consent to the use of ALL the cookies. However, you may visit "Cookie Settings" to provide a controlled consent.
Cookie SettingsAccept All
Manage consent