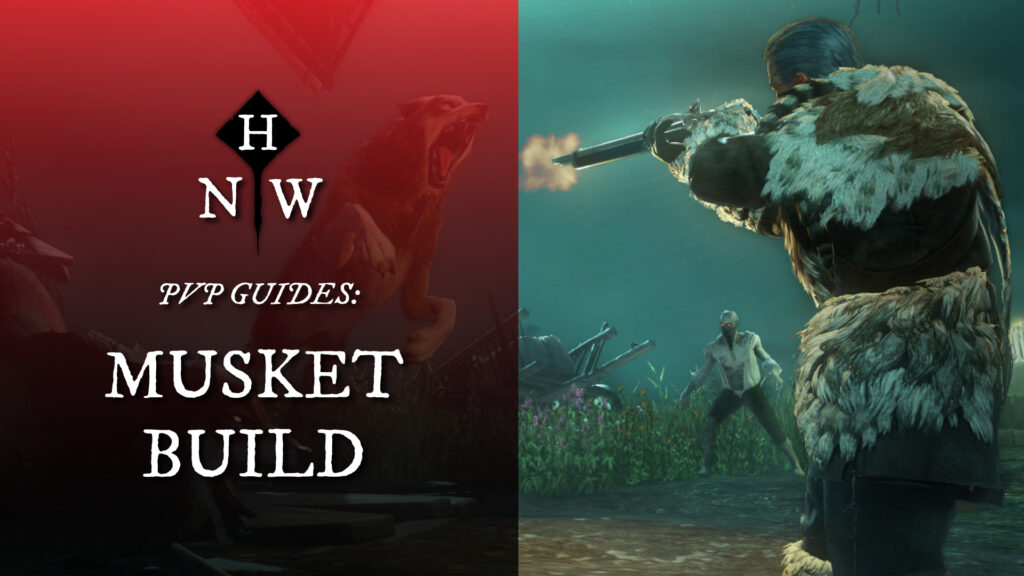 New World MMO’s musket is a weapon that, when used correctly in certain scenarios, can be very deadly. Although CC is powerful in PvP, the musket provides underwhelming CC but makes up for it with incredibly high long-range damage. This build will provide you with the abilities and playstyle to be most efficient with the musket in every form of PvP, with emphasis on large scale combat. 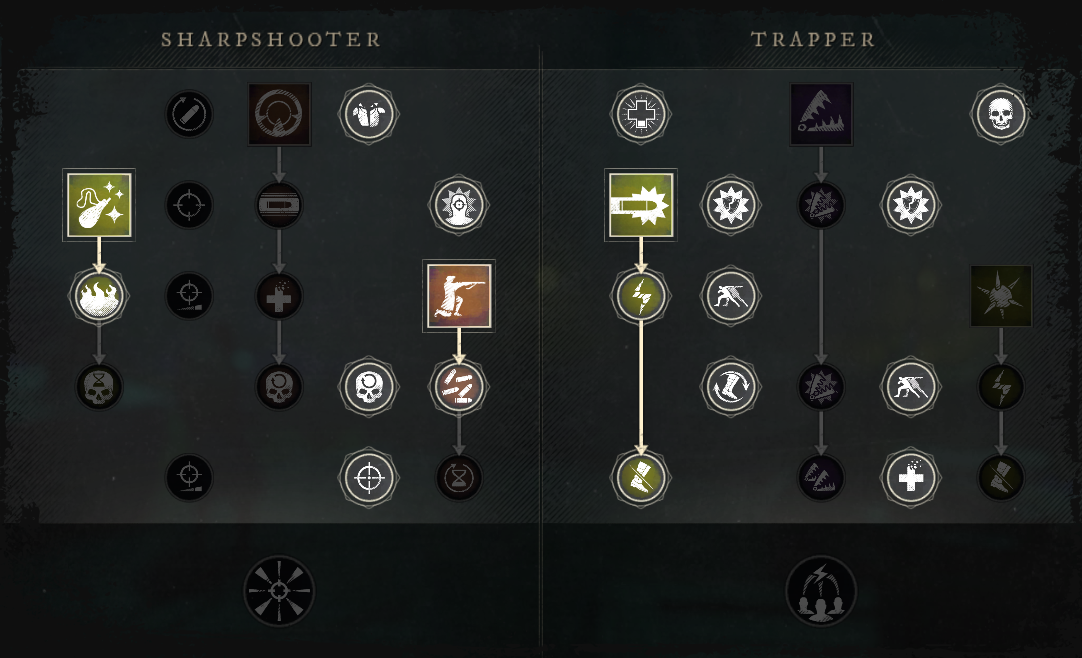 Stopping Power will quickly become your favorite overloaded shot as a musket user. With no passives, Stopping Power pushes your target back 3m and staggers them, creating distance between you and your target and giving you an ample amount of time to prepare your next shot. Once you obtain its passives, this abilities potential greatly increases.

Stopping Power combined with both passives will ensure that if you hit this ability, not only will you have created space between you and your target, but now they will have a more difficult time getting close to you with the 10% reduced stamina regeneration and 10% slow. Stopping Power will be key in PvP combat when fighting any melee enemy but can also be used efficiently on targets that are making an effort to abandon combat.

Powder Burn is the muskets main damage dealer, boasting an impressive 290% weapon damage after the 9s of its Burn status effect. The potential damage of this ability can be multiplied even higher with a successful headshot, not only because it’s a guaranteed critical, but because of the passives Called Shot and Heightened Precision.

Backdraft is a great passive that will increase your consistent damage after successful hits with Powder Burn. The most efficient way to use Backdraft is to try and take advantage of Shooter’s Stance because of the fast reload time. Unfortunately, the 2nd passive of Powder Burn, Chronic Trauma, is not worth the ability point. Headshots in PvP are few and far between and even if you are skilled with headshots, a 4s increase on the burn duration is not worth it.

Shooter’s Stance is the ability that completes this build alongside the 2 Overloaded shots (Powder Burn and Stopping Power). You enter a stance that blocks movement but decreases reload speed by 75%. The weapon damage of your auto-attacks stays the same (100%) but you are allowed the liberty of Overloading your shots.

First and foremost, it is important to note that in its current state, the musket is one of the more difficult weapons to make viable in PvP combat. This build focuses on consistent single-target damage and proves most effective in long-range battles.

Before beginning combat with an enemy in PvP combat, you should try and create as much distance between you and your target as you can. When fighting a melee or ranged opponent, it is imperative that you hit your target with Powder Burn. This will quickly become your favorite ability for the musket because of its pure damage output (290% after the burn status effect is complete). After you take your shot with Powder Burn, you now have a decision to make depending on where your target is. If your target is close to you, load Stopping Power and get into Shooter’s Stance. This is a risky tactic because if you miss Stopping Power, you will remain in Shooter’s Stance, unable to move for a brief moment until you exit the stance, giving your enemy time to close the gap. If you successfully hit Stopping Power, you will now be in Shooter’s Stance ready to shoot the remaining 4 shots at a 75% decreased reload speed while your target is pushed back, staggered, and slowed.

When looking at the passives we will be choosing, Heightened Precision and Tactical Reload will begin to stand out to you as a musket user. Heightened Precision is a pure damage passive, granting a stacking 2.5% damage increase (max 6 stacks) for each successful musket shot for a potential total of 15% increased damage. This effect will end after you stop aiming down your sight or more than 5 seconds pass between shots. This passive pairs very well with Shooter’s Stance because you stay zoomed in during the entire duration of ability. The other notable passive is Tactical Reload, which instantly reloads the musket after a dodge (6s cooldown). If you’ve used the musket in New World, you would know how excruciatingly slow the reload is. In any PvP scenario, an instant reload is a must-take passive.

When thinking of creating distance between you and your target, it is important to note that increasing your movement speed is just as crucial. The two passives that will aid in movement speed is Back It Up and Hustle. Back It Up increases your walking/strafing movement speed by 10% when an enemy is within 8m of you. When all of your energy is dispensed and your abilities are on CD, this passive will still allow you the opportunity to kite your opponent. Hustle, on the other hand, increases your movement speed by 10% for 3s after a dodge. Paired with the attribute bonus received at 150 dexterity (dodging costs 10 less stamina), both of these passives can almost always guarantee a 20% movement speed bonus when used effectively.

It is important to note that with the passives Empowering Headshot and Called Shot Resupply, you should always be looking to hit your target in the head. Not only will it do more damage with an automatic critical strike, but it will also proc a 10% damage buff for 5s and 10% ability cooldown, respectively.

When first using the musket, you may be discouraged by the difficulty of the weapon and the little to no CC it provides. Trust us when we say that this build will dish out a lot of damage if used correctly and efficiently. Although most people would argue that the musket is a secondary weapon, this build will unlock the true potential of this weapon in PvP combat. Keep in mind that musket is the only hitscan weapon in New World, meaning that there is no travel time for the bullets. Because of this, it may be a bit more difficult for you to get the hang of but when you do, you will very quickly begin to notice the benefit of having hitscan. 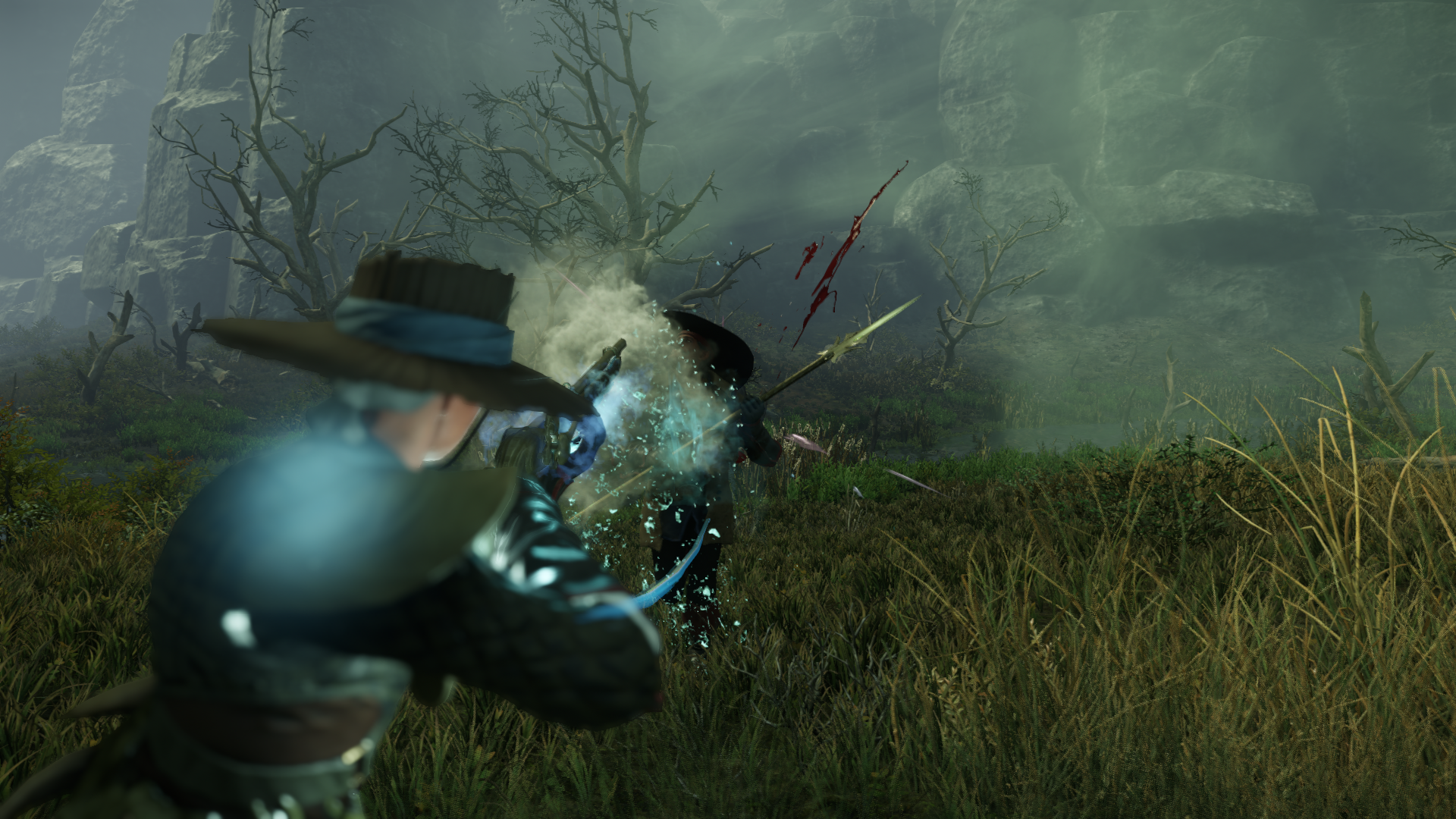 The musket primarily scales off of the Dexterity attribute at 0.9X and secondarily off of the Intelligence attribute at 0.65X. This means that for every point in dexterity, the musket will gain 0.9 weapon damage, and for every point in intelligence, the musket will gain 0.65 weapon damage. For this build, we recommend taking advantage of the dexterity attribute for a few of its attribute bonuses. The standout attribute bonus is the one received at 150 dexterity: dodging costs 10 less stamina. At full stamina, this bonus will allow you to dodge 3 times, giving you the upper hand against all enemies in PvP who aren’t focused on Dexterity and allow more up-time for the Tactical Reload passive. In a 500 attribute total build, the recommended attribute distribution is:

Targets hit with Powder Burn are slowed by X% for 5s

Out of all three ability perks, Crippling Powder Burn and Empowering Shooter’s Stance are the only two viable perks when compared to the other general weapon perks. Looking at Energizing Stopping Power, killing a target with Stopping Power is not only very unlikely, but also very inefficient. The main purpose of Stopping Power is the knockback, stagger, and slow – it should not be used as a kill shot.

Adding a X% slow onto Powder Burn is an incredibly beneficial perk. With this build, the only other way you can slow your target is the 10% slow with the Supplementary Repulsion passive under the Stopping Power ability. Having the additional slow on Powder Burn will allow you more opportunity to create distance between you and your target.

On the other hand, Empowering Shooter’s Stance is a strong and low-risk ability perk. With this build, you’ll have 5 shots (or chances) to proc this ability perk and gain the X% empower for 3s.

Post Views: 22,856
We use cookies on our website to give you the most relevant experience by remembering your preferences and repeat visits. By clicking “Accept All”, you consent to the use of ALL the cookies. However, you may visit "Cookie Settings" to provide a controlled consent.
Cookie SettingsAccept All
Manage consent