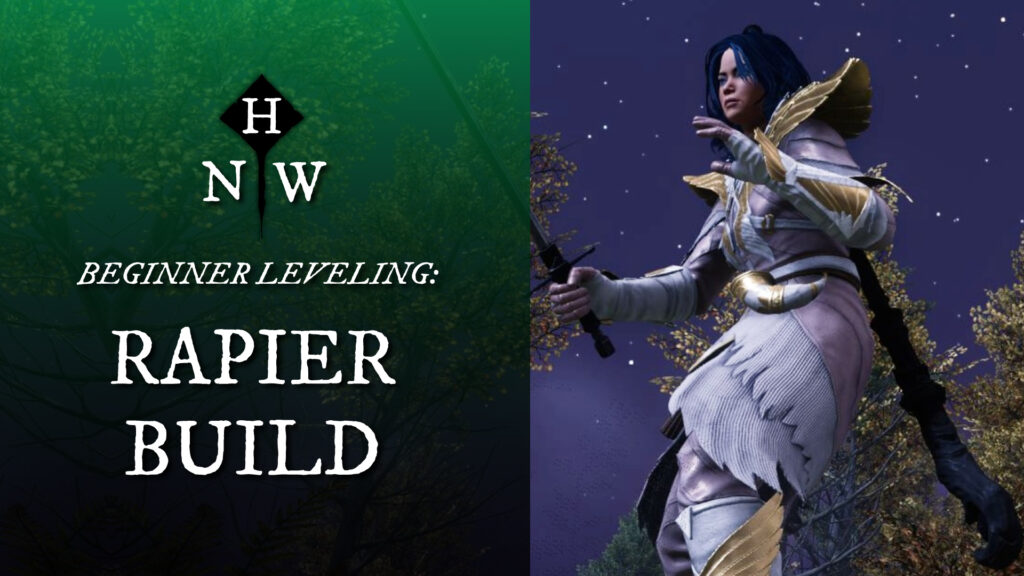 With quick and powerful attacks, the rapier stands as a formidable leveling weapon. All three of the abilities taken in this build, Flourish and Finish (2), Flurry (1), and Evade (3) are high powered offensive tools that will help rapier players eliminate single or small groups of monsters very effectively. 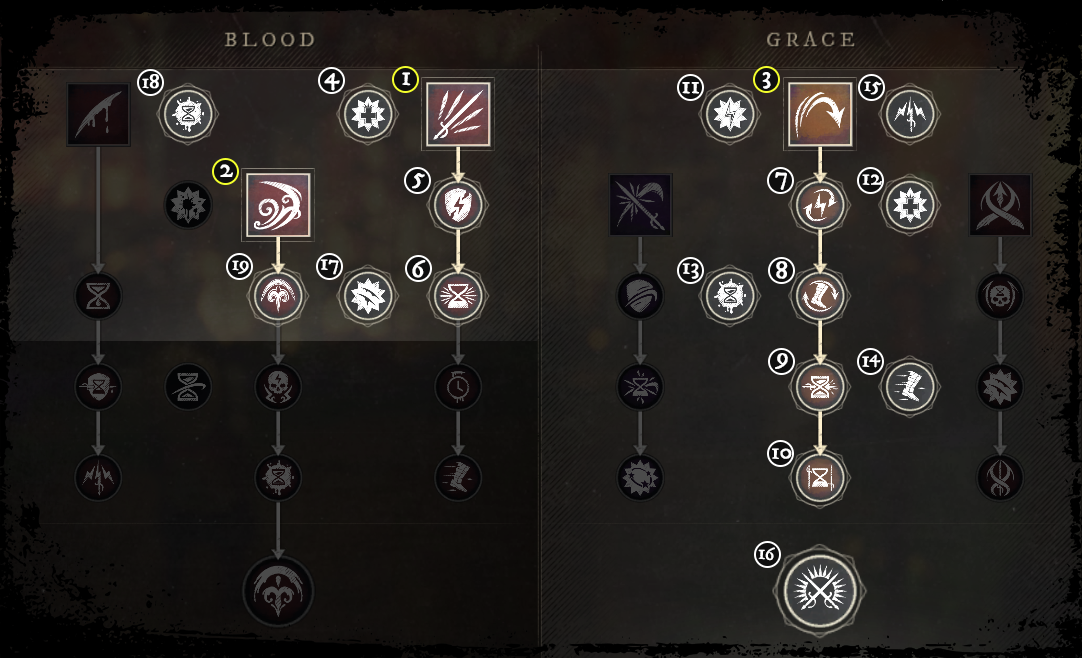 Evade (3) is the rapier’s main damaging ability. With an already low cooldown and plenty of cooldown reduction passives, Evade (3) will be used every 2-3 seconds, amplifying the damage of the rapier’s light attacks and providing the player with a great dodging tool. Evade (3) also has built-in immunity frames that, when used correctly, will help rapier players mitigate lots of monster damage by evasion.

With Evade (3) being on such a short cooldown, the passive that the ability provides to a player is more than meets the eye. All four passives should be taken in almost any rapier build that has Evade (3) taken because the value generated is so high.

Flurry (1) immediately gives players just starting New World the opportunity to demolish their foes from only weapon mastery level 2. With an impressively powerful 5 attack chain, Flurry (1) should be used on cooldown to eliminate small packs of monsters quickly.

Fleeting Strikes (6) is the main reason that a leveling rapier player will dive into Flurry (1) passives. If all 5 strikes successfully land, the cooldown of the ability comes back 35% faster. Because rapier players won’t be taking any bleeds in this particular build, passives To The Bone and Finalize are left out completely.

Since the ability’s animation is so long, With Flair (19) is a valuable pick-up, although much later in the weapon’s progression.

Because the rapier has no real forms of active crowd control or health regeneration, rapier players should be looking to fight single monsters or small groups of enemies in order to level efficiently and take as little damage as possible. Fighting small numbers of monsters will also benefit rapier players since all three of the abilities taken in this build are single-target focused.

To effectively whittle down opponents, rapier players should follow an attack rotation similar to the one below:

Rapier players should be looking to dodge as many monster abilities and attacks with Evade (3) as possible. The rapier has the highest skill cap of all weapons in New World in all types of content. Starter rapier players should not be discouraged if they find themselves leveling slowly towards the beginning of their adventure in Aeternum. As a player becomes more familiar with the rapier’s abilities, they will quickly become a monsters worst nightmare. 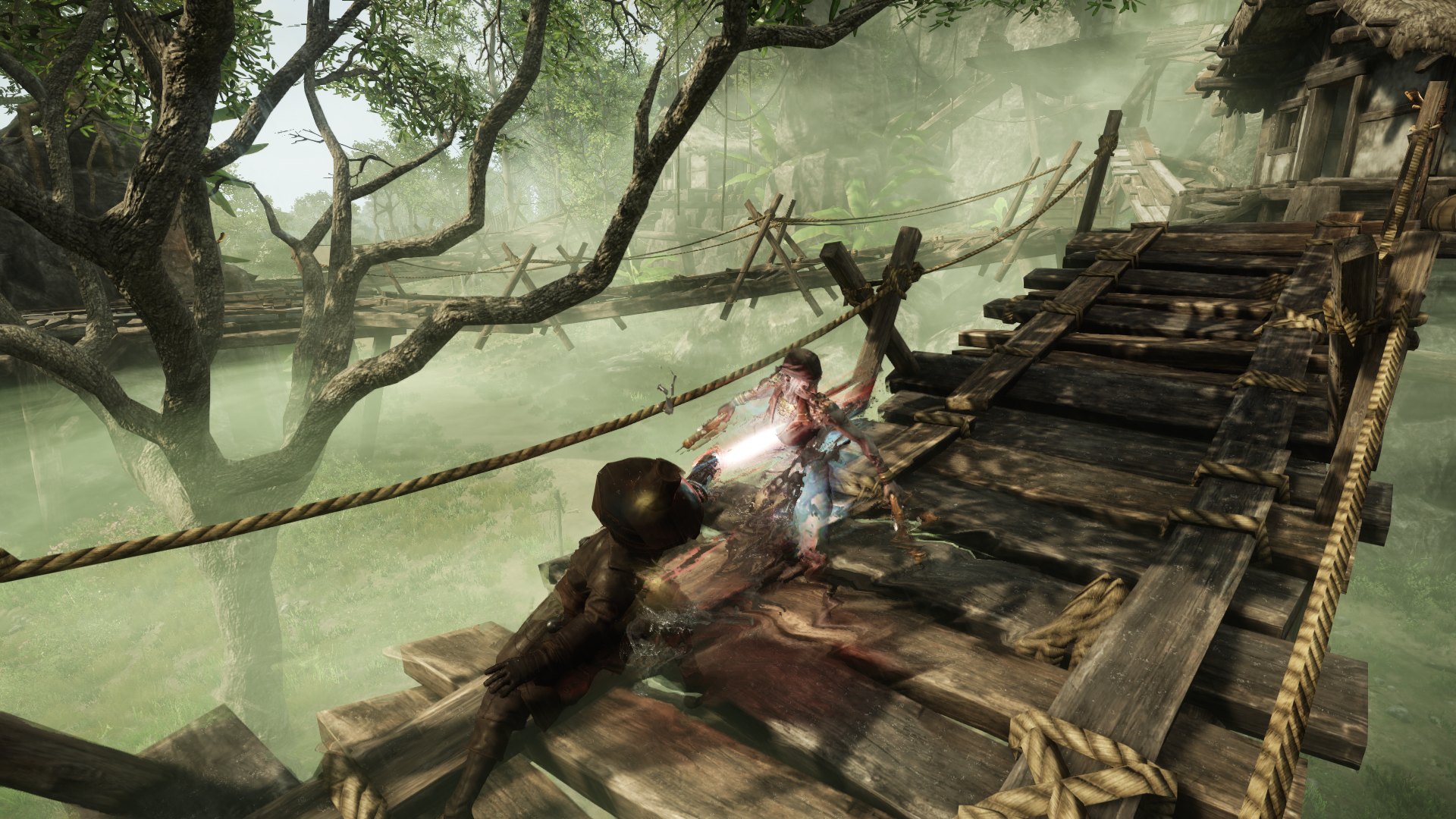 The most important Attribute Threshold Bonuses to consider for the rapier are listed below:

Getting to both 100 Dexterity and 50 Constitution as quickly as possible is important for getting off to a good start with the rapier. 50 Constitution is valuable early on because it reduces the amount of consumables that a player will need to use by a significant amount. Light attacks will be the dominant basic attack used on the rapier, so the 100 Dexterity attribute bonus will give players a small boost in leveling speed and performance.

Gain 19 stamina on hit with Flourish.

Each hit of Flurry restores 28% of the damage as health.

Leeching Flurry is by far the stand-out weapon ability perk in the line-up. Leveling players benefit heavily from health regeneration since the journey through Aeternum is no easy path to walk. Because the rapier has no real forms of self-sustainability or crowd control, Leeching Flurry is almost imperative to a successful leveling experience with the rapier. Rapier players should be looking to craft their own weapons throughout their leveling experience to heighten their chances of coming across rapiers with this particular weapon ability perk.

Post Views: 19,188
We use cookies on our website to give you the most relevant experience by remembering your preferences and repeat visits. By clicking “Accept All”, you consent to the use of ALL the cookies. However, you may visit "Cookie Settings" to provide a controlled consent.
Cookie SettingsAccept All
Manage consent