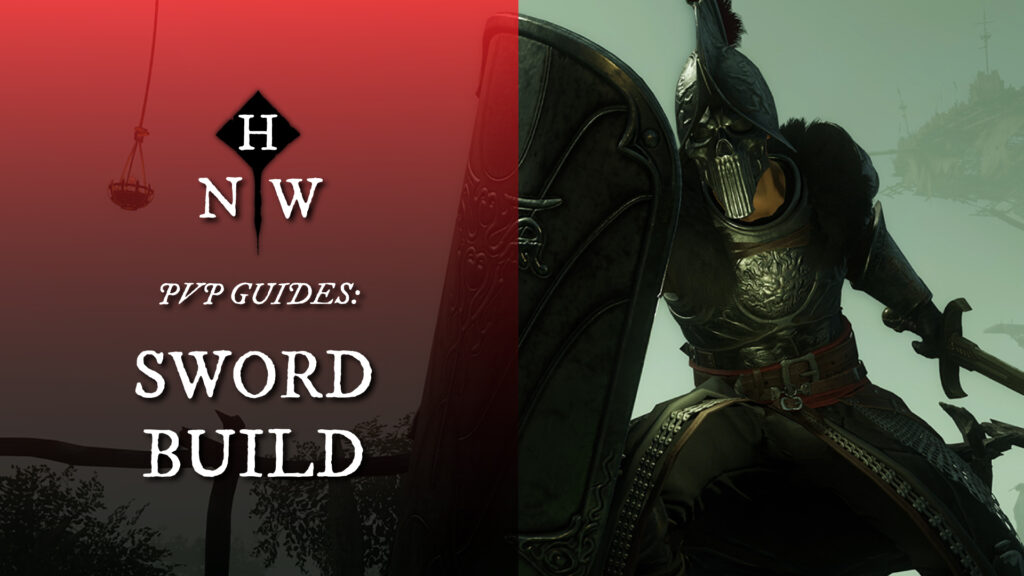 The sword and shield in New World brings a brutal combination of defensive/crowd control abilities to the PvP landscape. With abilities like Shield Rush and Shield Bash, the sword and shield can set up some of the nastiest ability combos in the game, or create a lot of space between them and their opponents.

Shield Rush is a jarring ability that will allow you to stagger your opponents while also dealing a moderate amount of damage and knocking your opponent back a considerable distance. Shield Rush can be used simply as a stagger, canceling player abilities that don’t have active grit, or it can be used to create space between the sword player and their opponent, allowing them time to switch to their other weapon or use consumables. Pro Tip: Shield Rush pushes the enemy player back just far enough so that they are still within range of a Shield Bash lunge.

Intimidating Rush is the main reason why we dive into the passives under Shield Rush. While Improved Rush’s weaken is a plus, a 30% slow for 4 seconds can easily halt an enemy player’s attempts to create space between them and the sword player.

Shield Bash is the best single target crowd control ability in the game in terms of duration, stunning players for a full 3 seconds with the Concussive Bash passive. This will give sword and shield players ample time to dodge to the enemies backside, switch to a different weapon, and pull off some amazing combos in PvP. Shield Bash can also be used as an amazing escape tool, giving players 3 seconds to create space and switch to their ranged weapon. Pro Tip: Shield Bash has enough of a lunge distance to combo with Shield Rush.

Crowd control abilities, especially stuns, are fantastic in PvP. Keep in mind that stuns in New World function more like sleep status effects in other games. If the Shield Bash affected player is hit in any way, the stun will end, leaving your opponent free to move and function like normal.

Leaping Strike is the sword and shields only real gap-closing ability. With passives like Final Strike and Cowardly Punishment, Leaping Strike jumps into a new level of functionality, allowing you to deal more damage in certain situations, as well as slow opponents for quite a while if they find themselves running away from you and you tag them in the back.

In PvP, the sword and shield is a very versatile weapon. Not only can the sword deal more damage than you would expect, using shield bash with a combination of backstab heavy attacks and hard hitting swordmaster abilities, it can also be a fantastic combo tool, giving you enough crowd control to effectively switch weapons and fire off high impact abilities. Outside of using it to combo effectively, the sword and shield can also serve as an amazing space creating tool, allowing a sword and shield player to fight multiple targets effectively or keep one opponent locked down.

When using the sword, players should pay close attention to the abilities that their opponents have. If timed correctly, Shield Bash can allow players to directly counter and avoid being hit by high impact abilities like Shockwave, Burn Out, Raging Torrent, Sweep, and more. Shield Bash should NEVER be used in isolation unless the sword and shield player is using it as a method to activate consumables or create space for a ranged weapon. If the sword and shield is the primary weapon in a player’s build, a Shield Bash should always be followed by a dodge to the backside of the opponent. This dodge should then be followed up with a backstab multiplier amplified heavy attack which will proc the Empowered Stab passive. To add one layer of complexity, the heavy attack could be followed with an animation canceling Leaping Strike if it won’t be needed to gap-close soon after. If the opponent fails to turn around in time, or simply runs away from you, Leaping Strike will connect with the foe’s back, activating Cowardly Punishment. This Leaping Strike as well as benefiting from the backstab multiplier, and being amplified by Empowered Stab’s 30% damage buff.

If used as a combo or space creator, the sword and shield will excel in most PvP situations. When used as a primary weapon the user may find that the sword falls short of expectation, especially in the burst damage department. 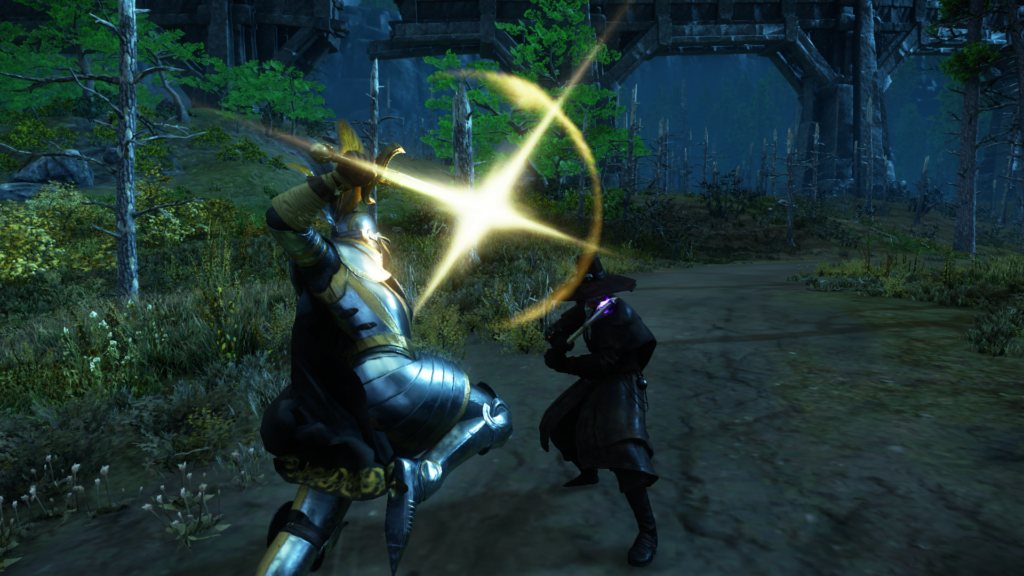 This attribute allocation gives the sword and shield Shield Bash Stun → Heavy Attack combo the most bang for its buck, giving a backstab heavy attack some serious bonuses:

This attribute build also has enough room to incorporate a lot of Constitution which will provide a good health foundation and defensive bonuses.

After hitting a target with Shield Rush, gain Fortify, increasing damage absorption on self by 19% for 4 seconds.

The sword and shield has some of the most applicable and diverse weapon ability perks for PvP compared to other weapons. Depending on the situation, most of these weapon ability perks could find uses. Some of the more notable perks are Repulsing Shield Bash if the sword and shield is a secondary weapon and the player is looking to create some additional space for a ranged weapon, and Empowering Leaping Strike if the sword player is able to consistently execute a dodge roll behind the opponent after a successful Shield Bash.

Post Views: 20,133
We use cookies on our website to give you the most relevant experience by remembering your preferences and repeat visits. By clicking “Accept All”, you consent to the use of ALL the cookies. However, you may visit "Cookie Settings" to provide a controlled consent.
Cookie SettingsAccept All
Manage consent