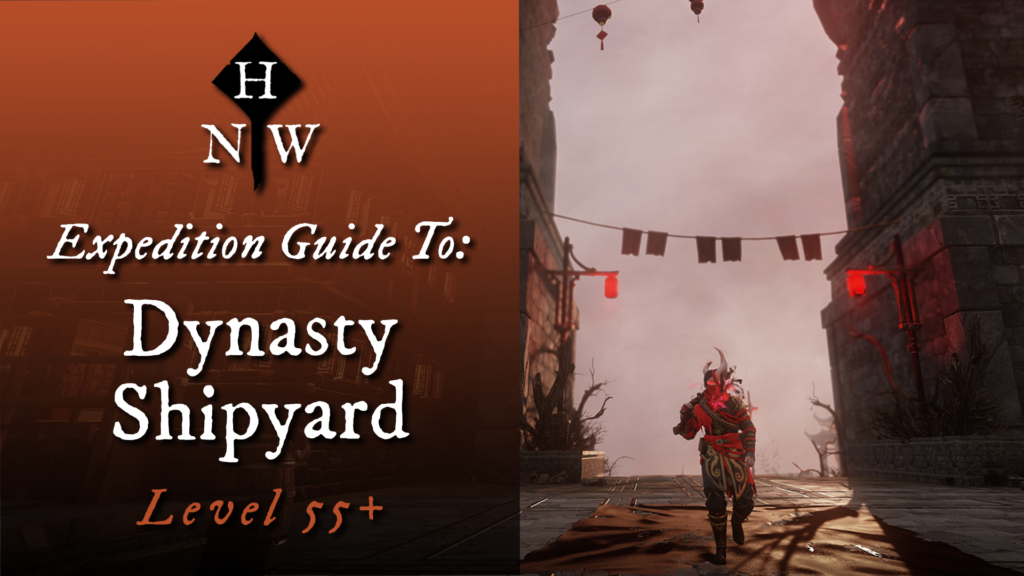 “Take the secret beach path to the shipyard. There, a boat will be waiting for you.” 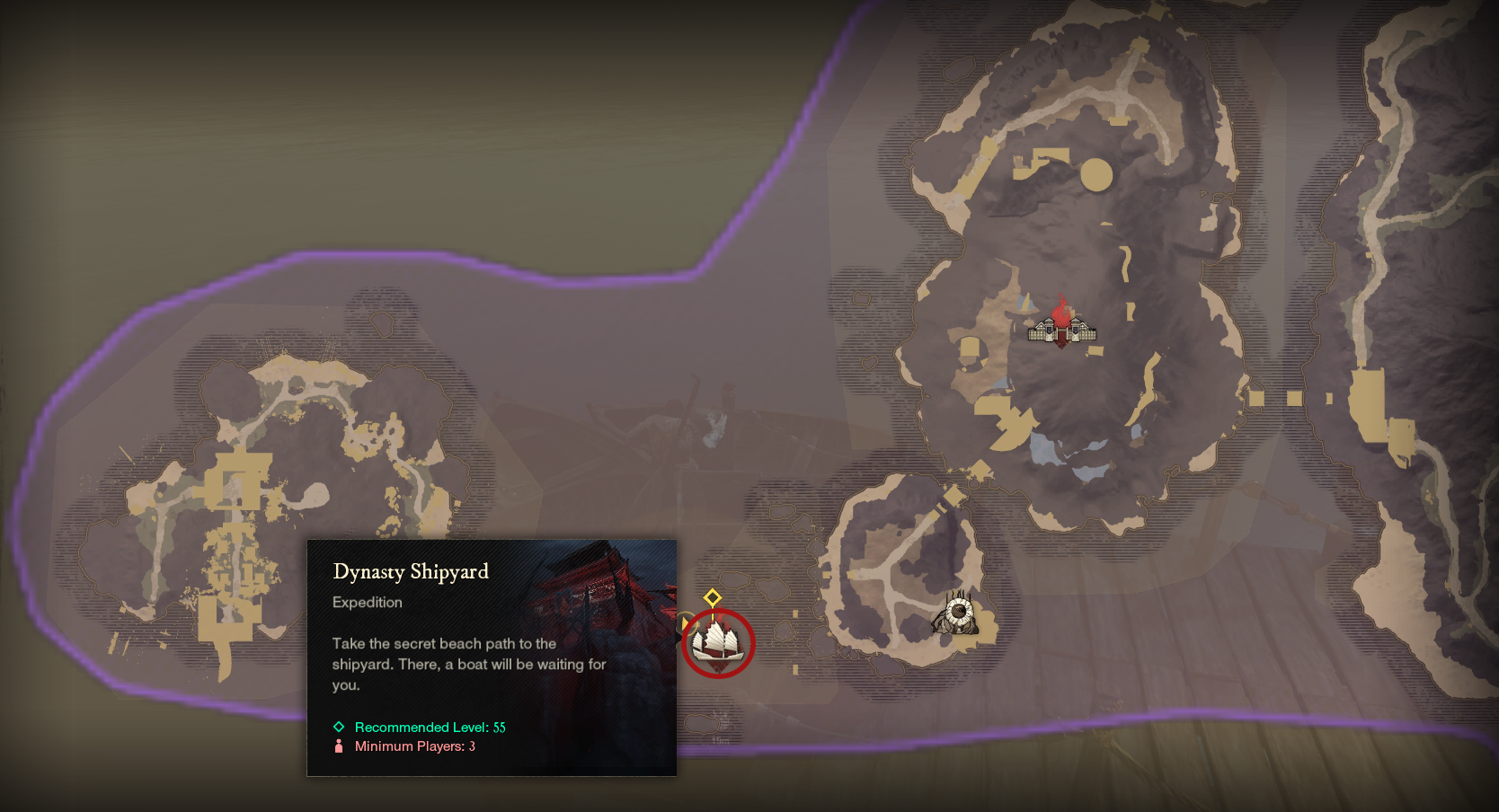 All monsters and bosses in Dynasty Shipyard have a chance of dropping the following loot:

Isabella and Her Pets 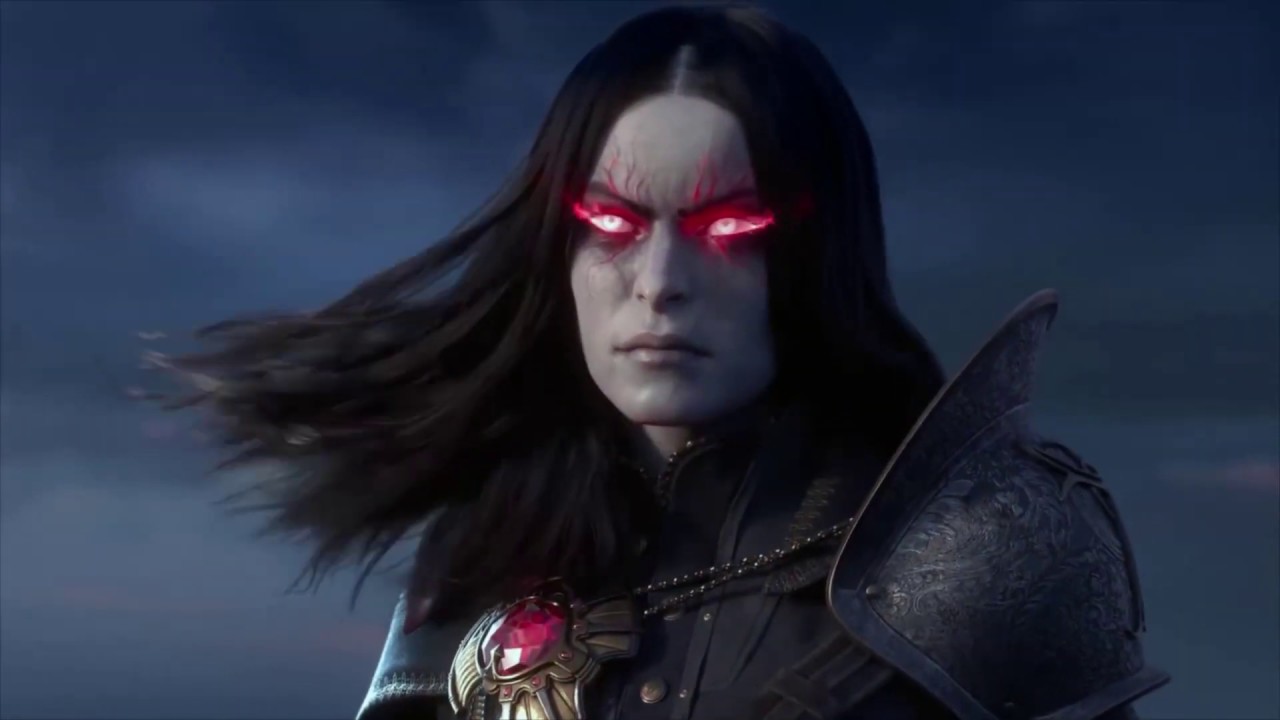 As soon as Isabella is encountered, she summons 3 abominations that fight alongside her – defeat these immediately, they are easy to kill. She will frequently cast bolts of corruption at players which do medium damage, avoid these as best as you can. A little bit into the fight, Isabella will teleport to the corner of the arena and cast Rocket Barrage at the party. These rockets do a lot of damage, so try to dodge them.

The most difficult part of the fight is when Isabella opens the cage doors and lets loose her corrupted pets, Oro and Joven. These corrupted tigers do insane damage, so the healer should avoid pulling aggro of them. Isabella is gone from the fight from here on out, so all dps should be focused on the corrupted tigers. They have the same ability set of the normal cat or tiger out in the open world, but do high amounts of damage.

When Zhou Taiying is encountered, she instantly sends her dragon out in a swirling motion, dealing high amounts of damage to players that are struck by it. Shortly after, she will cast Corrupted Pulse. This ability will be cast multiple times throughout the fight and will be the deal breaker in being able to defeat her not. These pulses are dodgeable.

Post Views: 10,950
We use cookies on our website to give you the most relevant experience by remembering your preferences and repeat visits. By clicking “Accept All”, you consent to the use of ALL the cookies. However, you may visit "Cookie Settings" to provide a controlled consent.
Cookie SettingsAccept All
Manage consent